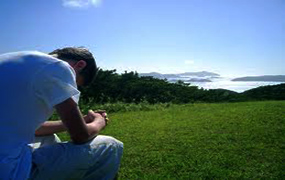 Scheduled to be our third film. Shooting to be in Augusta, Georgia, North Augusta and Aiken, South Carolina. It is set to be shot in the summer or early fall of 2018.

Bryson and Christian are at again. The sequel to Time 2 Tell has Christian who has accepted Jesus as his personal Savior falling into a trap of fraternity justification. Thinking it can't be that bad to have a litle fun. As their friendship diminishes, Bryson is left to the cafeteria to figuratively, eat alone.

A fraternal brother equates evolution as fact and actually insults, "the guy in the lunchroom." Knowing he can't say too much, Christian arranges for a question session wih Bryson. What happens over time is that the cafeteria becomes a battleground of  evolutionary precepts aimed right at his best friend. It gains the attention of college administration, and Bryson is given an ultimatum, "Either shut up or be forced to leave the college!" says one professor who just happens to be Christian's parent.

Does Bryson succomb to threats of being forced out because of his Biblical assault on the theory of evolution, or is he provided with a platform to influence an entire campus of combative students?